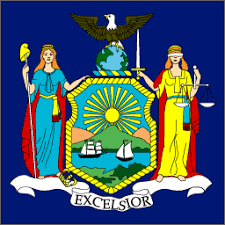 In the United States, there are currently three states that offer online gambling options; New Jersey, Delaware and Nevada. Each state began offering online poker and/or online gambling options late last year. As 2014 began, several other states began to show interest in the budding industry. As many as ten states have been looking into legislation or have actually proposed legislation for the option.

States such as Pennsylvania, Illinois, Massachusetts and California have all shown interest in online poker and casino gaming. California is the hot topic of discussion as they are the largest state and would really boost the online gambling industry in the US. However, New York State has busted through as a real contender, especially with the recent proposal of online poker legislation.

The New York State Senate was proposed a till, S6913, which will look to amend the existing laws based on gambling. The new bill would allow poker to be recognized as a game of skill rather than a game of chance. This bill would only allow games of skill that are specifically noted such as Omaha or Texas Hold’em.

If the law passes in the state, New York would join the short list of operating states in the US. The state would also have the option of joining into interstate compacts with the other operating states to create joint player pools. In the state, poker players would be able to apply for a gambling license that would cost $10 million and then pay taxes on the online poker gaming which would be set at 15%.

It will be interesting to see if the state will move forward with legislation. It may be that New York is the next state to become involved in the online gambling market in the US. Everyone is watching and will be waiting to see what happens!

Skill Versus Chance in Gambling Law