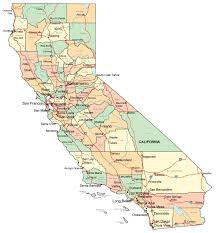 Over the past few months, Indian tribes in the state of California have been trying to come to some sort of agreement to begin drafting online poker legislation. It has now been reported that several coalitions have reached an agreement so the creation of legislation can begin. According to a report by PokerUpdate, the San Manuel Band of Serrano Mission Indians and the Pechanga Band of Luiseno Indians are both working together to help move legislation along and have reportedly come to an agreement during a recent meeting in San Diego. The coalitions in the state are supposed to meet again next week to discuss online poker further. Jerome Encinas, a tribal lobbyist, stated that excellent progress has been made and the groups will be working together on the passage of ‘intrastate Internet poker’.

The tribes have agreed on certain language for a potential online poker bill which states the poker sites that are licensed will be allowed to operate in the state. It was reported that the San Manuel tribe was not worried about restrictions on limits for the online poker sites while Pechanga wanted on site per license. The two tribes have now agreed upon two sites per license.

The tribes have also agreed to exclude horse racing from online gambling options in the state. in the past, legislation has been proposed that would allow for sports betting in the states and both tribes were in agreement to avoid this option.

There is still one point that must be covered with the tribes and it involves the agreement between the Morongo Band of Mission Indians and online poker giant, PokerStars, plus 3 local card rooms. A bad actor clause would not allow PokerStars to operate in the state as they were in operation when the US had passed the UIGEA. The drafted bill that is in the works by the San Manuel and Pechanga tribes does speak on bad actor clauses but no specifics have been release. Many feel as though PokerStars will be allowed to operate but after paying a penalty of some sort.